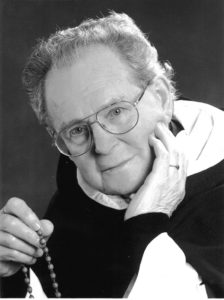 Today marks the first anniversary of the death of our bellowed brother and much loved member of our Dundalk community, Fr Gabriel Harty O.P. We share with you a beautiful piece written by our provincial archivist Fr John M Cunningham on the extraordinary life of Ireland’s rosary priest.